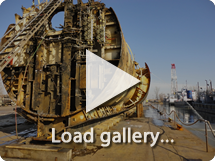 Marine Recycling Corporation (MRC) is the world's first ISO 14001 Certified ship recycling company. Proud of this achievement, MRC and its expert staff strive to serve the maritime community with excellent recycling and consulting services in the Great Lakes, rivers and coastal regions of Canada.

If you want zero liability and hassle-free green disposal, look no further and contact MRC today!

What every vessel owners needs to know.

The Virtues of Domestic Ship Recycling

In 2005, Wayne Elliott, founder of Marine Recycling Corp. the foremost vessel recycling expert in the world, completed an interview with CBC's "The Fifth Estate", entitled the Big Break. The interview entails the danger of sending Vessels to sub-standard disposal sites. Contact us today to discuss The Virtues of Domestic Ship Recycling. 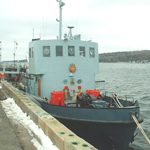 MRC is pleased to announce the safe arrival to Sydport, NS, of three Department of National Defense auxiliary vessels: a YDG 2 Deperming Barge, a YRG 60 Fuelling Barge and YDT 12 Granby. 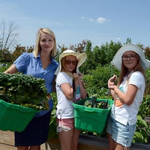 It was another successful growing season at the Lockview Park Community Garden in support of the Port Cares Reach Out Food Centre. In its second year, the volunteer run garden added 1,546 pounds of fresh produce to the Food Bank’s pantry. 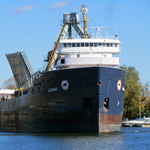 August 27, 2018
The Algorail, Algoway and the English River Arrive in Port Colborne

The summer season is off to a great start at MRC Port Colborne with the arrival of three new vessels: the Algorail, the Algoway and the English River. 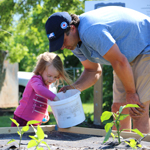 On Sunday May 27 beginning at 3:00 p.m. friends of the Lockview Park Community Garden will gather at the garden for a season opening planting party. 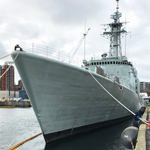 February 5, 2018
MRC Sydney Awarded the Contract for the HMCS Athabaskan

MRC is pleased to announce plans to recycle the HMCS Athabaskan in Sydport, Nova Scotia. 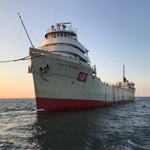 The 2017-2018 season has been busy at MRC Port Colborne, with the acquisition of three new vessels:  the MV Camille – Marcoux, the Princess of Acadia and the Paul H. Townsend. 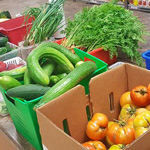 The Lockview Park Community garden wrapped up its first growing season bringing in a bounty of 853 kilograms of fresh, healthy produce to the Port Cares Food Bank. 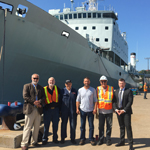 MRC is excited to announce the arrival of the HMCS Preserver at its new location in Sydport Industrial Park in Sydney, Nova Scotia.